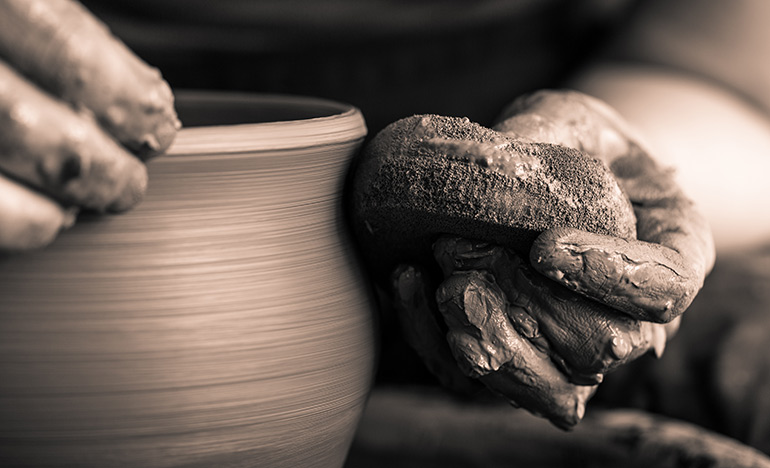 “And Jesus said unto him, Verily I say unto thee, To day shalt thou be with me in paradise.” Luke 23:43

Some look at this passage as a present excuse and say,

“Why must I be reconciled to Christ today? Why such a need to repent right now? Why not at some future point, down the road; next month, or perhaps next year? The whole world is out there, and I would like to enjoy it. Affliction, sickness, trials may come my way; age certainly will! That will be the time to seek consolation at God’s mercy. After all, in the parable, didn’t the laborer who was sent into the vineyard at the 11th hour go into heaven also? And didn’t this penitent thief turn to Christ even in his death pain, and immediately ushered into paradise? Why such urgency? I have some time.”

How many think this way in their heart of hearts? Too many. Both of these examples are of course, true. But I do not believe this was the same penitent thief at the beginning as it was at the end. What do I mean?

Look at him more closely. If you look at him carefully, he’s a different man. In fact, we see in him all of the marks of a child of God when he makes this request, “Remember me”. Everything that a child of God is, and shall be on earth, this man became. In just a few words we find the whole story of sanctification told.

First, notice first this man had very lively repentance. A complete change over him which saturated his whole being. By a miracle of grace, the Ethiopian changed his skin, and the leopard his spots. A Wolf became a lamb. Owning his own sin before a bleeding Savior. Yes he had sinned against the light of nature, but notice he never sinned against the cross of the Savior. He had never shut his eyes against the Day spring from on high.

Second, notice his advancement in holiness. I don’t believe anyone ever had such a rapid pace in active sanctification, in so brief a time, as this man. Look how he devoted himself to Christ. Yes, his hands, his feet, were nailed to that tree. There, he could not undo his sinful life, or make reparations to those he had harmed, or even tend to the wounds of his Lord. But what he could do, he did do. Like that poor widow who gave her last mite (Luke 21:1-4), he gave all that he had. His hands and feet were nailed-down, but his tongue, and his heart, were free. Both he dedicated to the Savior. His tongue was used first in charity, then in acts of faith and prayer. Rebuking the impenitent and revealing thief, whose own cross, had hardened his heart. Our thief then acknowledged the justness of his own cross, meekly receiving the punishment, and praying for acceptance at the end. His eyes were fixed on Jesus. In doing so he learning by example how to suffer. Watching his meekness, patience, forgiveness, all the while gaining a true knowledge of a holy life.

Third, see his faith. “Lord remember me when thou comest into thy kingdom.” What faith! As if to say,

“Thou art a LORD, and hast a kingdom. And because thy Kingdom is not on earth, it must be in heaven. Before me must be nothing other than the King of kings, the mighty God, as well as a dying man. I believe in Thee as both. Thine enemies have taken Thee, and by wicked hands have crucified Thee. Thy disciples have fled from Thee, and one even has denied Thee. All have forsaken Thee. But I believe and am sure that Thou art the Way, the Truth, and the Life. After Thy agony, I believe in Thy heavenly bliss. When Thou dost enter, Lord remember me.”

Next, add to that faith… hope. Amazing hope. He looked out from the anguish of the moment, to a future hardly visible. To a world, his eyes could not see. An unseen world that so many teachers, scribes, Pharisees, and common people could not recognize. Upon “Whom” was his hope fastened? On One who, to everyone else, was but a dying man. Nothing more than a rebel against Caesar and the rabbinical law, now being publicly executed. Despised and rejected of men, abandoned by all, clouded with shame and death, this one penitent thief placed his faith and hope in THAT MAN, and asked Him to remember him and save him. Indeed what hope!

Lastly, what about adding to faith and hope, the beautiful fruit of love? How did he address our blessed Savior? With that word “Lord”. It is not just a word that describes respect and sovereignty. Here we sense the expression of reverential love. At the beginning of this thief’s sufferings, his heart seemed to have been hardened in sin. Matthew says that both thieves “reviled him”. But as the long hours of agony passed by, this man had time to notice the manner of Person and words of the Messiah. He saw Him suffering patiently, as a lamb to the slaughter, and as a sheep dumb before her shearers. He opened not his mouth. He saw Him when he was reviled, reviling not again. He suffered without threatening, but committed himself to Him that judges righteously. He heard him praying for his crucifier’s, “Father, forgive them”. He saw the care He had for His mother. Tell me who could see and hear these things and not fall in love with Him? Yes, he saw him lifted up from the earth, and was drawn to Him. (John 12:32) He saw him, dying, despised, with no form nor beauty for any; except for one with a broken and contrite heart. This was not the same man.

I dare say that all Christian graces are evidenced in this man. He died being rapidly sanctified. Perhaps at a rate never seen before or again. Sanctified by Christ on earth, and goldfield by Christ in Paradise.

Begin typing your search above and press return to search. Press Esc to cancel.